Those closest to me know I’ve been on a years long quest to see live performances from a meticulously curated list of musical legends and personal favourites “before they die.”

Said list, which has a 100 active acts on it at all times and is prioritized based on 1) how much I love an act, 2) how soon I think they’re going to die, and 3) how rarely they tour, has guided me on numerous adventures and (mis)adventures over the years. Mostly, though, it has allowed me to witness a lot of music greats doing musically great things.

For the first time ever, I’ve compiled my 10 best Before They Dies of the year. Here they are:

Lynne isn’t exactly a dynamic frontman, but the band was excellent, the stage and light show was a trip and the music was undeniable, even though the setlist was surprisingly front-loaded. I had an alternating mix of “Showdown” and “Evil Woman” in my head for weeks after this. Always a good sign.

One of the key things I’ve learned about The List over the years is that when an act from overseas is in town, you do your damnedest to make sure you go see them. Technically, there wasn’t all that much to “see” at The Horrors’ show — they’re mostly a bunch of Edward Scissorhand silhouettes swaying in low light obscured by fog machine smoke — but that made what was heard all the better. Live, there’s added nuance to the band’s lysergic goth rock, revealing itself in a bold synth line here, a guitar squelch there and in a vibe that makes you feel you’re experiencing masters of their craft.

I didn’t know I needed the Mac in my life. This, because as a Stevie Nicks devotee who had already seen Nicks solo and witnessed her sing “Rhiannon” I naively thought I had already experienced the best of the Mac. I was wrong. The best of the Mac might be when the band decided to reclaim their blues roots and perform the Peter Green-written “Black Magic Woman” with Nicks in full, glorious witch-rock mode. It’s an amazingly macabre look that I didn’t know Fleetwood Mac had in them and I’m completely turned around on them because of it.

The Fleetwood party and dance band.

I get the Nick Cave devotion now. I mean, as a concept I’ve always thought Cave was cool, but his records never moved me all that deeply and the film he wrote (The Proposition) had probably affected me more than any song he’d ever sung. Seeing Cave live, though, is a far different experience. It’s like a Springsteen rock ‘n’ roll communion, except for sort of people who own complete Leonard Cohen poetry collections. Live, Cave’s an intuitive, showy, sleazy, Vegas-y, hearty and genuine showman who’s personal connection to his audience is amazing to behold. Also, the bold noise The Bad Seeds make feels like they’re subverting the whole idea of “arena” rock, which is delicious in its way.

I wasn’t sure what to expect from this show, but I was very pleasantly surprised by what it was — an eight-piece jazz/prog/lounge art freakout that featured Dan Bejar flanked by a saxophonist and trumpeter who took turns adding their own wig outs throughout the set. The set list was mainly the new album ken and Kaputt so I was pretty keen because those are the two best Destroyer albums. It was all around a totally rewarding night.

There are a lot of acts out there trying to pull off the Springsteen working man rock thing. Unfortunately, most of them only rate as photocopies of photocopies of The Boss. Turner’s not like that. He’s got his own rock-punk posi-gospel thing going down and, paradoxically, because of that Turner’s show is probably the closest to a Springsteen-like musical sermon I’ve seen from the younger generation.

In the last few years I’ve managed to catch a number of ’80s Can-Rock heroes (Northern Pikes, Crash Vegas, Slow) I had never listed because I never realistically thought there’d ever be a chance to see any of them ever play again. When TPOH got back together to play a show to support the reissue of their perfect Love Junk album I put on the rare (for me) industry hustle to get into the small club show. It worked and I got to witness some of my all-time favourites (“Consciousness Raising As A Social Tool,” “I’m An Adult Now,” “Beautiful White”).

Consciousness raising as a social tool.

This was supposed to be a fun nostalgia trip where I could celebrate listening to “Institutionalized” and “Possessed To Skate” some three decades ago, but it ended up being far more than that. It turns out I had internalized many of these thrash-punk-metal songs far more than I had ever realized. I hadn’t listened to songs like “You Can’t Bring Me Down” in almost 30 years, but the righteous rage behind them came right back.

Pursuing this list over the years has given me a special kind of clarity about what I’m willing and not willing to do in order to see a desired show. Things like cost, whether it’s a seated or standing venue, the weather, and whether I’ve got other social obligations are just some of the factors that go into a decision-making stew to cross-reference against The List. For John Mellencamp I was willing to ruin Thanksgiving. Well, not my Thanksgiving, so much as my attendance at my in-law Thanksgiving, which I skipped in order to see the man formerly known as Cougar. And it was worth it. I cried like five times and was pretty choked a half-dozen others. All those songs I loved from the Scarecrow album still hit and still have all the gravitas of back when I first discovered them — “Minutes To Memories” was heavy, “Small Town” fucking killed… it was all hits with heart. Also, the new songs were soooo woke. It was probably the first and only time an audience of old white people from St. Catharines would ever be confronted with a song about Black Lives Matter and were forced to consider it. Same with issues like immigration and racism. Basically, Cougar came into this backwoods city and preached. Also, it’s remarkable now that I can see it more clearly how much the politics of a record like Scarecrow shaped my world/political/moral values some decades later. Shows like this are why The List exists.

Technically, I’ve seen Neko Case a number of times already, although all of those times have been as a member of The New Pornographers. Which is weird because I enjoy her solo work far more than the Pornos. That said, when I finally got to see Case on my birthday this year I wasn’t expecting to have it affect me as deeply as it did. What’s clear is that Neko is a glorious, unique voice and no matter what she was singing (this night’s setlist skipped handfuls of my personal faves) she has the ability to turn each song into magic. “Maybe Sparrow,” “Margaret vs Pauline,” “Deep Red Bells,” “Look For Me I’ll Be Around”… I just have to look at that list and I not only can remember how wonderful they were, I can almost feel them again. If that’s not a sign of having experienced something beyond, I don’t know what is.

Cadence Weapon On The Polaris Podcast

Cadence Weapon at the 2006 Polaris Gala. Photo by Dustin Rabin.

Awhile back the Polaris Podcast got ace rapper and Edmonton for-lifer Cadence Weapon to reflect on his classic 2005 album Breaking Kayfabe.

To listen to the man known as Rollie Pemberton talk about this record as well as his love of Dan Bejar’s Destroyer, hit the Soundcloud player below.

Polaris People For The Week Of August 16 (Austra! Destroyer! Grimes!)

The latest edition of my Polaris People column is online over at the Polaris Music Prize website.

To read the column go here.

Dan Bejar of Destroyer and New Pornographers is speaking, Black Mountain are licking toads and Hey Rosetta! are getting with the government

Go read the story over at Polaris Music Prize by clicking here. 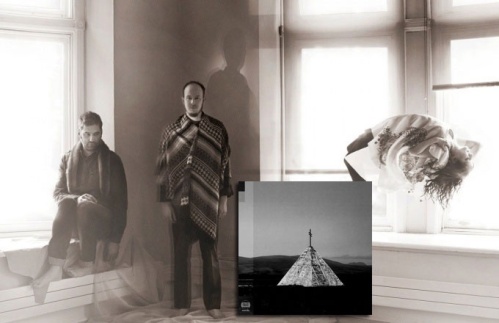 1. Timber Timbre Creep On Creepin’ On

“Black Water” was my most listened to song this year. Not sure what that says about me.

It took me awhile to “get” Let England Shake. The song that did it was “In Dark Places.”

If you told me at the start of the year that CVG would create my third-most favourite album of 2011 I’d have eaten my shoe. It’s a good thing I don’t hang around with fortune tellers. This is “Blonde Hash”

Everybody’s all about Austra’s electro-dance-witch-goth vibe. I’m on it, too, but the song on this album that really got me was the spooky piano ballad “The Beast.”

This album was a bold experiment and it completely worked. This is “Peripheral Visionairies”

This is the exact real world manifestation of what I believe the nihilists from The Big Lebowski would sound like. I understand absolutely none of what’s being said in “Das Karnickel im Hut.”

8. D-Sisive Run With The Creeps

The more caustic, outsider and marginalized D-Sisive gets, the more pointed his music becomes. P.S. I found that GG Allin doll, D!

There are at least three songs on this record that are genuinely magic. “Movin’ Down The Line (Don’t You Go Away)” is one of them.

This one’s a personal shocker because I’ve always hated Dan Bejar until this album. I appreciated the audacity of a yacht rock almost-concept record, though. And “Chinatown” is pretty groovy.