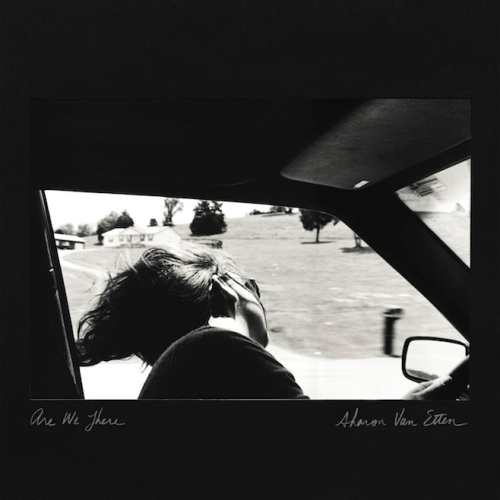 Sharon Van Etten’s Are We There

Looking at my Top 10 for the year is revealing both for what’s on it and what isn’t. This year there were easily 20-30 “really good” records which bubbled under my eventual picks, including offerings from The Hidden Cameras, My Brightest Diamond, Ariel Pink, Prince Rupert’s Drops, Thus Owls, Budos Band and, rather shockingly, Robert Plant. This was also the year where I rediscovered my heavy music roots and spent a substantial amount of time with bangers from Lost Society, Judas Priest, Comet Control, Orchid, The Prophecy 23, Exodus, Accept, The Skull, Incite, and the improbable rap-metal of Rise Of The Northstar. That said, when it came down to it I didn’t feel that deeper connection with any of these albums.

In the realm of reissues and the like, I’ve developed a deeper appreciation for The Velvet Underground thanks to those ultra-thorough deluxe reissues and took quite a trip by going through the complete Bob Dylan discography. Better, though, was my time with the 27-disc Fela Kuti complete works box set. That quite literally consumed about two month of my music-listening time.

Not sure why it was that after 20 years and 10 albums this particular Common record stuck with me. Certainly Nobody’s Smiling‘s reflective, unflinchingly honest look-back quality had something to it. It also helped that “Out On Bond” and “Hustle Harder” are full of tough truth.

I frequently purge ‘n’ rebuild my iPhone’s music library throughout the year, often using it as a tool to listen to new records while I’m commuting. With that in mind, it wasn’t until I realized Luminous had survived numerous digital cullings that I became fully aware of how much I dug this collection of lysergic, broody synth rock.

There’s a scene in an early Mad Men episode where Arthur Case says to January Jones’ Betty Draper character, “You’re profoundly sad.” She then responds, “No. My people are just Nordic.” I’m still trying to figure out whether Lykke Li is profoundly sad or just Nordic.

There’ve been at least a half-dozen instances where I second-guessed putting this album on the list as an inverse don’t-believe-the-hype reaction to all the praise it’s getting. Then I listen to it again and it’s BAM… like that song… BAM… dig that one, too… BAM… shit, that’s the best thing Zack De La Rocha’s ever done… and then I remember, “Yeah, this is pretty amazing.” Best of all, there’s actual rapping. Using words. And rhymes. And if we don’t support craftsmanship like this the world is just going to serve us up more Tyler, The Creator.

Ultraviolence may be prepackaged hipster lounge from a soulless coke zombie, but it’s also pretty much the platonic ideal of what prepackaged hipster lounge from a soulless coke zombie would sound like. When I listen to Ultraviolence I’m not sure if I should be sad for Lana Del Rey, if I should hate her, or if I’m supposed to be jealous of her. In fact, about the only thing I feel confident about when I listen to this album is the belief it’s secretly a concept album tribute to the movie version of Less Than Zero.

Blue-eyed soul’s been taking a beating recently what with its Robin Thickes and Maroon 5s and the people who love them (and the need for them all to be set on fire). Thank Gaye, then, for Paolo Nutini’s Caustic Love. Things aren’t great when Nutini tries to funk below the belt (see “Numpty,” “Scream (Funk My Life Up)”), but the more earnest moments (“One Day,” “Better Man,” “Iron Sky,” “Let Me Down Easy”) are heart-sickeningly gorgeous.

If you’re a human person and you don’t like at least three songs from this album there’s something wrong with you.

Who knew that there were still musicians making records about heroin in 2014? But Guy Blakeslee, frontman for The Entrance Band, did just that with his Ophelia Slowly solo album. There’s less psychedelic sonic adventuring here than with Entrance and a greater focus on “songs,” the result of which is an incisive, uncomfortably bleak journey.

Full of compulsively listenable stories from the struggle, I seriously contemplated making Highways, Heartaches and Time Well Wasted the #1. Ultimately, what stopped me were the facts that it was an EP and I needed more, and the suspicion the instrumental title track exists mostly as padding.

1) Sharon Van Etten Are We There

I’m still not 100 per cent on this as my #1 pick and have no idea how I’ll feel about it in a few years. That said, the song “Your Love Is Killing Me” is perfect. As obvious as it sounds to most ears, the song’s a mystery to me, an inscrutable diary entry filled with an intense, poisoned passion my always-measured self can only ever look at through the lens of a curious outsider. Add songs like “I Love You But I’m Lost” and “Every Time The Sun Comes Up” and it’s clear Are We There ably speaks to the darkest parts of the soul.