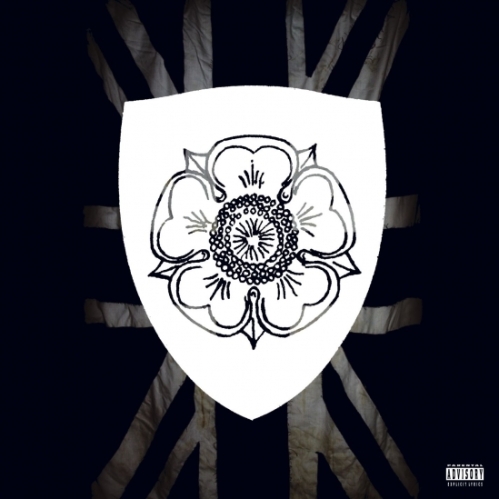 I pretty much only like the song “Daniel” from this album. And it’s not like an intense gut-deep like, either. It’s just a, “Yeah, that’s pretty good.” Really, I’m not sure how this made it onto the list.

The Black Keys hadn’t quite really become THE BLACK KEYS yet, so I didn’t really know the name “Dan Auerbach” and took this record in on first listen with little preconception. The result? I dug it. Funny, if this same record came out right now I probably wouldn’t be as open to diggin’ its blues rock. This is perhaps my own failing.

Only recently did I learn that former Suede pillar Bernard Butler produced part of this album. It makes sense. The Veils are a high drama band and the music on Sun Gangs is perfectly designed for those predisposed towards flinging themselves onto their day beds when they catch the vapors. “It Hits Deep” is pretty sublime.

I burn with rage when I think of this album. Not because it’s bad — it’s truly, astoundingly, deeply beautiful — but because my peers on the Polaris Music Prize jury didn’t think enough of the album to vote it to the 2009 Short List. This, even with the shouldn’t-officially-matter-but-definitely-does narrative juice of Lhasa de Sela’s advanced cancer at the time.

This album was cool and all, but we’ve pretty much reached peak Wayne Coyne, right? A good decade-long time out for the Lips would probably be just about right for everyone.

There aren’t exactly a wealth of truly “classic” Canadian rap albums, but Let The Children Die might be one of them. If not full classic, then it’s at least a pioneering disc. Listen carefully to almost any hoser rap record released since then and when that inevitable heart-on-sleeve, song-about-the-struggle comes on you can fairly argue it exists as a direct lineal descendant of the songs on Let The Children Die.

4. K-Dot-O-Dot The Life And Times Of Lucha Lonely

Between this album and Let The Children Die I was convinced Canadian hip-hop was on the vanguard of some brilliant new mope-rap scene/sub-genre. It would be all about this inward-searching, deeply confessional personal insight and less about whatever worst case typecasting you’d want to assign to the worst bits of late-’00s urban music. I ended up being half right. There was a shift to this sort of intense, soul-bearing hip-hop… except it ended up manifesting itself in the much higher gloss form of Drake and all his subsequent shade-of-grey, marketshare-powered spinoffs (see The Weeknd). Apparently sad-sack raps from fat, drunk losers were not what the kids wanted to hear.

3. Alela Diane To Be Still

If we’re being dismissive, Alela Diane is just another in an endless line of School of Joni balladeers who are oh so common on the fringes of coffeehouse open mic nights. To do that, though, would be to miss out on a truly sublime voice. “The Ocean” in particular is a brilliant, melancholy exploration on what it means to sacrifice love for a dream.

This was the other album I was super-furious about the Polaris jury not giving more love to. Sure they made up for it by short-listing the next Timber Timbre record, but that felt at least halfway a make-up call.

It takes a lot for a heavy music record to affect me. I’ve got the requisite rage in my soul, but most of the time hard rock just doesn’t get it right. Not Grey Britain, though. This album speaks. And not just to me. It’s for the millennials left behind, the ones who aren’t cool enough to navigate Tumblr memes, whose parents can’t afford to let them go to school for seven years. It’s for those kids who get scheduled for 18 hours a week at work and when they ask for 40 hours they get laid off. It’s for the kids who’ve looked around, realized everything’s fucked and just want to set it all on fire.

The only reason I can think for Grey Britain not being as big as Nevermind is there’s too much truth for people to handle.