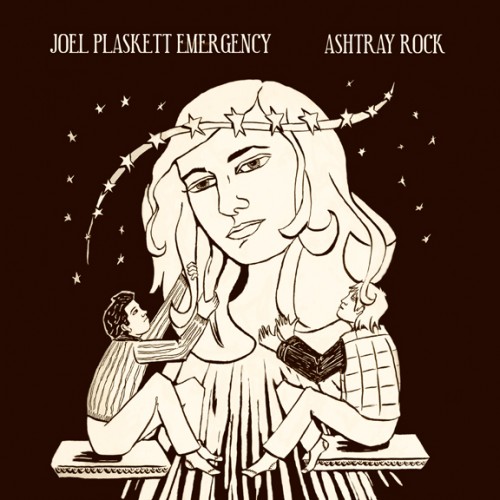 Picking just The Black Ram was a bit of a technical cheat as this record was part of the three-album, one-EP Sojourner box set Magnolia Electric Co. released that year. That said, of the four discs it’s definitely the one I listened to the most. In fact, the title track, “Will-O-The-Wisp” and “A Little At A Time” all rank in my Top 25 most played songs in iTunes. What this all probably means is that because I was pretty deep in my Magnolia fandom at the time, as a conscious act to not look like such a fanatic I ranked this album lower than I felt it deserved in my heart. In truth it’s probably a top five record.

If I’m to be completely honest, I still don’t feel I know this album all that well. I was mostly enamored with the song “505” and had approached the band with more open ears on this album because the hype train for the Monkeys had receded to the point it where wasn’t annoying anymore.

I listened to this record a lot for a month or two and it fits solidly in a Can-Rockpop lineage that includes Sloan, By Divine Right, Limblifter, Zuckerbaby and their ilk. Since then, though, Two Hours Traffic have become extremely irritating to me. This is because of the disproportionate amount of times iTunes tries to play their songs when I’m listening in “random” mode. I have thousands upon thousands of songs. I’ve got the full Neil Young and Bob Dylan discographies. And yet, with peculiar frequency iTunes tries to serve me up songs from this album. The only reason I can guess for this is that one of the band members had a computer engineer cousin who worked at Apple and was in the department that developed the iTunes random algorithm. It’s the only explanation and it’s definitely tempered my enjoyment.

Buck 65 seems to suffer from a bit of Rodney Dangerfield can’t-get-no-respect-ism and Situation is a pretty good example of this. A concept album focused roughly around the year 1957, the songs on Situation deftly traverse topics like crooked cops, Bogart and obscenity trials. The fact that the subject matter is so unlikely — not just for a rapper, but for any type of modern music maker — just makes Situation all the more intriguing.

This show may represent the most perfect version of “solo Neil.” It’s a historic document and a brilliant setlist. In cold scrutiny, though, it’s probably not a best of 2007 album. This ranking probably says more about how much I’m willing to jockey parameters because of my Neil love than anything else.

Night Falls Over Kortedala is an entirely fine album, but this #5 rank is almost entirely attributable to one song, “And I Remember Every Kiss.” A soaring orchestral ballad, the song captures all the fire, all the intensity, all the passion of that nervous, electric first kiss.

4. Cuff The Duke Sidelines Of The City

Someone recently told me Wayne Petti basically tries to copy The Inbreds’ Mike O’Neill when he’s singing. Fascinating, right? And it explains why I like Cuff The Duke. I don’t listen to this album anymore, though, and I don’t remember why I had it ranked so high.

2. Amy Winehouse Back To Black

“Me & Mr. Jones” was really what hooked me on Back To Black. Here was this jazz singer going on about Slick Rick, plus ones and “fuckery” (which has since become a core swear word for me), all with an air of stumbling, drunken tragic romance. I was won over immediately.

A lot of the songs and albums and artists I love have something I’ll define as “turbulence of the soul.” The world, for them, is just a bit tougher, a bit more painful and a bit more difficult than it is for the normals. It was clear from the first listen of Back To Black that Winehouse was one of these people and it reflects beautifully/uncomfortably in these songs.

A teenage love triangle that breaks up the band and breaks up a friendship. It seems like such a small narrative to build a concept album around, but Ashtray Rock, like a less morbid Quadrophenia, works perfectly. You feel there when the drunk teenagers party down at the Ashtray Rock and when you’ve got nothing more to say to these people… well, it’s like a grayscale closing scene capturing the back of the jean-jacketed protagonist walking down a slushy sidestreet. Alone.