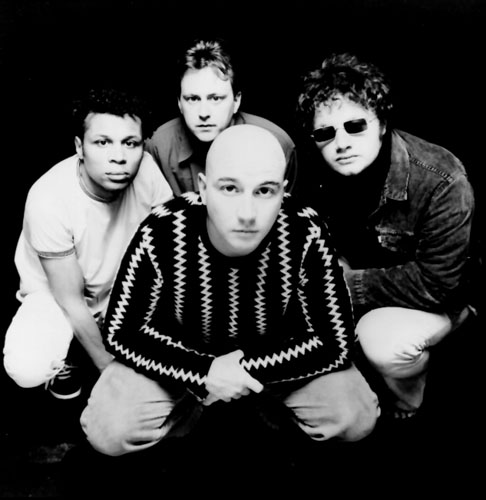 1. The Boo Radleys Kingsize
2. Guided By Voices Do The Collapse
3. Tricky Woo Sometimes I Cry
4. Hefner The Fidelity Wars
5. Death In Vegas The Contino Sessions
6. Brian Jonestown Massacre Bring It All Back Home Again
7. Kula Shaker Peasants, Pigs & Astronauts
8. Nine Inch Nails The Fragile
9. The Flashing Lights Where The Change Is
10. Sloan Between The Bridges

I don’t know what I was thinking on a bunch of these records.

Kingsize at #1? I mean, I really like this album — it’s grand, has a number of interesting songs, and shows more sophistication than the Boos’ earlier noise-filled Creation Records-defining albums. It all probably had something to do with the pre-millennium tension at the time. That song “Monuments For A Dead Century” had a particular melancholy hold on me. Also ruling were “Comb Your Hair,” “Adieu Clo-Clo,” “Eurostar”… actually, it’s coming back to me now… yeah, I guess I still dig it.

“Monuments For A Dead Century”:

Guided By Voices Do The Collapse? This is a peculiar aberration. It’s the only GBV record I own. I don’t really care for ’em, I haven’t even bothered to rip this record into iTunes over the years, or had the inclination to listen to it. Frankly, the fact that I put it at #2 at the time is kind of embarrassing.

My #3 album, though, remains an all-timer for me. Right around the time Tricky Woo put out Sometimes I Cry I was convinced they were going to be the biggest rock band in the entire world. The rest of the world ended up not caring but I steadfastly maintain that in ’99 the Woo WERE the best rock band in the world.

I never really paid attention at the time so I don’t know if this Hilarious House Of Frightenstein riff is a fan video or an official video for “Fly The Orient,” but it pretty much perfectly sums up my feelings on the matter:

At #4 is another album I rarely go back to, Hefner’s The Fidelity Wars. Hefner were a great and underrated band, and their particular brand of intimate observations on relationships were cuttingly spot-on. I was pretty swept up in Toronto’s whole Blow Up scene around this time, so that probably accounted for the high placement. Realistically this isn’t a Top 10 album anymore.

The Contino Sessions by Death In Vegas would have hit all my buttons back in 1999. Dark electronica that was too smart to be big beat and too rock to be electronica, plus Jim Reid, Bobby Gillespie and Iggy Pop as guests? Yes please. But I’ve kind of forgotten about this album since then, which means it’s probably this year’s place-and-time record.

Film students appear to have gotten their hands on the particularly wicked song “Soul Auctioneer”:

The Brian Jonestown Massacre’s Bring It All Back Home Again is the musical high-water mark for Anton Newcombe’s band as far as I’m concerned. The six songs on this back porch psychedelic outlaw masterpiece capture a particularly dangerous and unique strain of rock ‘n’ roll. It probably helps that the epic 13-minute song “Arkansas Revisited” was adapted from a Charles Manson song, but sometimes that’s what it takes.

BJM’s “The Gospel According To A. A. Newcombe,” from Dig:

I know lots of people hate Kula Shaker for the same reasons they hate the band The Tea Party, but Peasants, Pigs & Astronauts speaks to me. I appreciate its lack of shame in being a spiritual quasi hippie quest of an album.

Kula Shaker’s “Mystical Machine Gun.” Watch this video ’til the end for the payoff:

Nine Inch Nails The Fragile was a big deal at the time, sort of like Chinese Democracy for the Alternative Nation. I think NIN rule but I’ve never really warmed to this album. Heck, I can’t even name any of the songs on it anymore. It’s too long and there’s too much to digest. But these are relative complaints. The Fragile remains a better album than whatever got put out that wasn’t by any band named Nine Inch Nails, so that’s probably why this snuck onto the list.

The Flashing Lights were an amazing band. Definitely better than The Super Friendz. And Where The Change Is was their lightning bolt moment. It bothers me to think that this album will be lost to all but the most dedicated Can-Rock hunters because it fairly matches anything in the Sloan catalogue.

Check out this clip from Jonovision(!), featuring both the poppy song “High School” and their super-amazing Elevator To Hell tribute “Elevature”:

Ah Between The Bridges. This is Sloan’s very much slept-on we’re-going-back-to-Halifax album. I loved it and it reminded me of those hyper-provincial British records by the likes of The Kinks, The Smiths and Blur. It was romancing their hometown and songs like “The Marquee And The Moon” did a whole lot to mystify Halifax to impressionable music listeners.