I Was A Professional Pillow Fighter 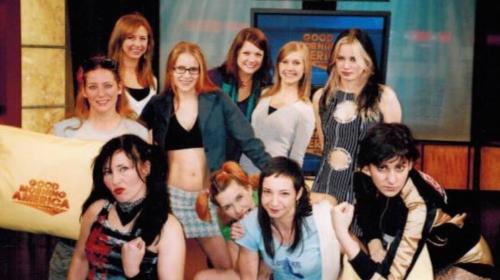 The women of the Pillow Fight League on Good Morning America.

That’s because Sarah spent some time in her younger days as part of the Pillow Fight League, which, exactly as it sounds, was a professional pillow fight league.

There were a lot of eerie parallels between GLOW and the PFL so Sarah called up some old fighting colleagues and reminisced about it in a feature story for VICE.