When The Wallflowers debuted their first single “Reboot the Mission” from sixth studio album Glad All Over there was something very familiar about it.

A rubbery disco dance rock song, “Reboot the Mission” didn’t sound much like what you’d expect an Americana foundation act like Wallflowers to sound like. Instead, it sounded like something English punk legends The Clash would do. Specifically, it sounded like a sequel to The Clash’s dance track “The Magnificent Seven” from the band’s experimental 1980 album Sandinista.

“That’s not an accident,” said Wallflowers lead singer Jakob Dylan. “It’s something we pursued, you know. It’s some of our favorite music. This is one of the best rock groups of all time.”

“He recorded with Joe Strummer and toured with him,” says Dylan. “That’s part of Jack’s history. That’s one of the experiences Jack has that’s really unique that very few people have and ‘drummer’ rhymes with ‘Joe Strummer,’ so you’ve got your song right there. That would be called a softball.

“It’s just, everybody knows the songs that are popular from the Clash,” he continues. “But they were a group that really succeeded in every genre and every template of music that they touched they rose to the top in. And that song, ‘The Magnificent Seven,’ you get people moving with that. That has a strong connection to rock ‘n’ roll’s beginnings, getting people to move. And that’s something we were conscious of on this record. We wanted people to move and there’s a way to get people to do that without making dance music. And that’s Chuck Berry, and that’s ‘Twist and Shout,’ and that’s Rolling Stones. That’s tradition.”

Sandinista, a 36 song, six-sided, triple album which had its 32nd anniversary earlier this week, has always been a divisive record for Clash fans. The album dove into folk, blues, rap, calypso, and even gospel. It was certainly far more than just simple punk music.

It’s also perhaps symbolic of what Wallflowers were hoping to achieve with Glad All Over. Although the level of experimentation on Dylan and company’s album isn’t so reckless as Sandinista, it’s certainly there.

“The Clash, they’re a very good reference point and an example,” says Dylan. “There really aren’t any boundaries. That group did ska, they did punk, they did reggae, they did calypso, they did funk. Those are all within the umbrella of rock ‘n’ roll bands, so there’s nothing off limits. I think a lot of bands feel they’ve got a channel they’ve got to stay in, and that’s their sound and and that’s their identity. But I think that’s totally unnecessary to put those kind of confines on themselves.”

While making Glad All Over, the Wallflowers’ first record in seven years, the band would put on albums they liked in the studio, play along to them, and then “before you know it you’ve got something.”

You can almost trace what albums the band were playing in the studio through Glad All Over‘s songs. “Misfits and Lovers” feels like Tattoo You-era Rolling Stones, “It’s a Dream” hints at Tom Petty, and there are echoes of ZZ Top, E.L.O. and other heroes of the FM dial from 30 years ago throughout.

Dylan says that cherry-picking from his record collection was exactly the point. And he’s not finished. There’s more places he wants to take the band.

“We’ve ran with a lot of things on this one and there’s endless things to go,” says Dylan. “That’s why I say the way we did this record was such a relief to know that it was simpler than I imagined. It was a lot like making our first record over 20 years ago. It felt like that again, just the enthusiasm and how simple it is, you’re just making music. It’s not that complicated. It starts with just… we wanted to start with all these songs feeling good. And songs are songs, some are going to be better than others, but we definitely chased making sure songs felt good. And it was a relief, I’d do it again tomorrow if I had the time. It was really a good experience for everybody.”

This story was originally published December 12, 2012 on AOL Spinner. 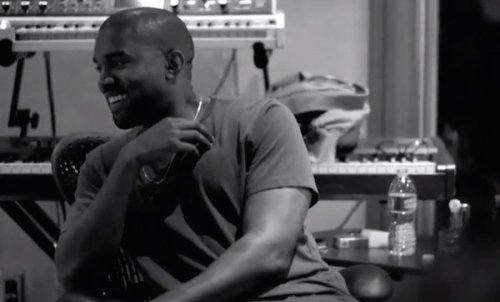 I’ve curated yet another batch of playlists over at Ditch TV.

Missy Elliott is the Greatest

The Rocking World of Pearl Jam

The Clash are the Greatest

16 Ways to Be Sad With The National

ASAP Rocky and the ASAP Mob

The Wallflowers, Jakob Dylan And The Clash’s ‘Sandinista’ Album 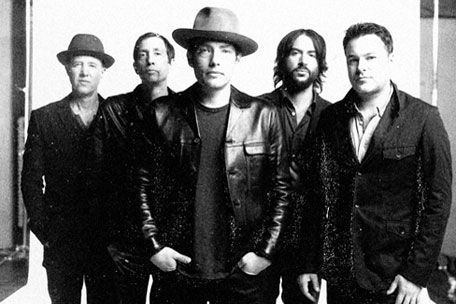 Because Spinner is RIP this story can now be found here.

Not to typecast, but the last people we’d expect to crib from The Clash‘s dance-funk song “The Magnificent Seven” would be The Wallflowers.

But there it is — “Reboot The Mission” — their recent single, complete with a Joe Strummer reference right in the song.

Because Sandinista, The Clash album “The Magnificent Seven” comes from, is one of my favourite records I asked Jakob Dylan all about it.

It was this week in 2008 when Lady Gaga first introduced herself to us with her debut album. Joe Strummer of The Clash was also introduced to the world in a literal sense — it was his birthday. Oh, and Aaliyah died.

To find out more things that made music history, click here.

What I Call Music Podcast Is Now Up

What I Call Music

A couple weeks ago I had the distinct pleasure of sitting down to record a podcast for What I Call Music, the home base for my good friend and one of the most musically knowledgeable cats on the planet, Paul Kehayas.

We ended up talking for a verrrrrrrrrrrrryyy long time, so Paul had one helluva time shrinking it down to something of a dignified length, but for anyone curious I think it’s solidly entertaining. As such, if you’re bored, please give ‘er a listen HERE.

Some of the things we discussed were:

* The origin of the name Risky Fuel.
* Sloan still being credible 20 years later.
* Songs: Ohia/Magnolia Electric Co./Jason Molina.
* How I used to make my own music charts as a kid and my related favourite song of 1988.
* The infamous story of seeing Brian Jonestown Massacre play in a bush at the Wilderbeat Festival during the Blackout of 2003.
* The cultural awareness built by discovering The Clash’s Sandinista album.

Filed under Concerts, Recollections, Shameless Promotion, The Misadventures Of