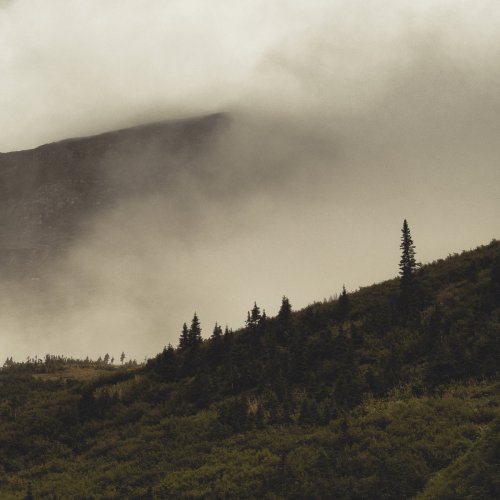 There’s some cheek to Lord Buffalo’s “About” page, a place where they alternately refer to themselves as “leguminous drone-porn,” “forêt noir,” “crappalachian butt rock” and “mud folk.” The throughline for all these being that they’re all vaguely of the earth, loamy and natural, base element-y. In truth, though, those descriptions undersell what Lord Buffalo feels like.

It’s a supernatural, otherworldly sonic experience that sets the stage for Pruitt’s tales of snakecharm and Old Testament mysticism. In this it’s no accident that Lord Buffalo get cited among the likes of fellow travelers Sixteen Horsepower and Swans.

Edgy, post-apocalyptic blues number “Halle Berry” is probably the “hit” here. With its jagged guitarwork it recalls a Nick Cave spiritual which has been stripped of any notion of fan service. Best though is probably the title track, a chanting, thumping, deliberate sprawl designed specifically to pierce the veil. Whether the listener can actually reach that place is unknowable. But only repeat listens will help the find that out.

There’s a vacancy for the Queen of Sad Songs Throne™ now that Lykki Li is all sexy and Sharon Van Etten has become a late-period Depeche Mode tribute act and few people are better positioned to ascend to this royal role than Australian singer Julia Jacklin. Wrapped it an efficient alt-pop/country package, the 10 songs on Jacklin’s second album Crushing mine an inconsolability so deep even the act of listening to it could leave one fetal on the floor. Yet to simply call Jacklin a peddler of “sad” songs is a gross disservice. Her obsessing and catastrophizing over heartbreaks and the minutiae of relationships gone awry is filled with observations so pointed and so gut-wrenching they reveal Jacklin as a master observer of the human condition. It all starts with standout slow-burning “Don’t Know How To Keep Loving You,” which circles around and around as Jacklin comes to terms with a love that has reached its end. Jacklin goes deeper from there. “Pressure To Party” may end up being an introvert call to arms with its tale of locking oneself in their room and a promise to “try to to love again soon.” Its companion piece “When The Family Flies In,” meanwhile, captures the rock-bottom of emotional hurt, cinematically evoking listless, shuffling parents hovering around bachelor apartments without a clue what to do. Crushing isn’t just relentlessly self-involved either. Jacklin also points her lens outward to great effect on songs like the character-assessing “Good Guy,” and “Comfort,” the album closer that hopefully makes peace with everything. Taken as a whole, Crushing hurts. It’s heavy, painful and raw stuff of the heart. Mostly though it’ll make you wish only that Jacklin will learn to love again soon.

Abjects — Never Give Up (Album Review) 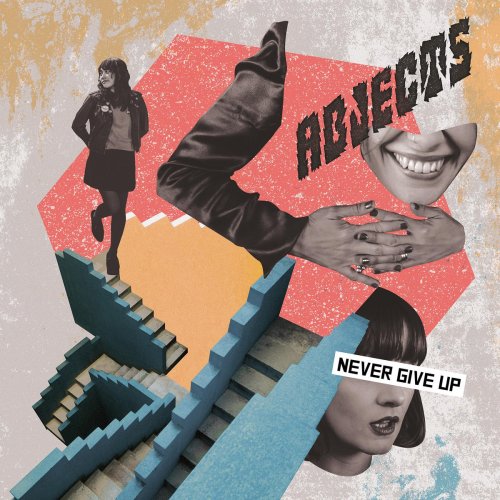 Abjects’ Never Give Up

In the endless war against “rock is dead” trendpieces it’s important to secure one’s ammunition wherever one can. Abjects new album Never Give Up is a beautifully nasty weapon to use for the cause. Build around a cutting garage rock base, this international trio — singer/guitarist Noemi from Spain, bassist Yuki from Japan and drummer Alice from Italy — throw down a musical viciousness that’d make the “The” revival bands of the early 00s wilt in fear. Signature song “Fuck Brexit” is as unsubtle in its politics as it is ruthless as a bass-rumbling jam. “The Secret” and “The Storm,” additionally, are the sort of stompers that Little Steven plays on his radio show to ward off death for yet another week. There are some deft stylistic diversions as well. The title track made this reviewer doublecheck to make sure Abjects wasn’t a pumped up version of Lush recording under a different name, “Surf” is an aptly-names San Fran car chase soundtrack waiting to happen, and the dreamscape of “A Long Way To Go” shows there’s a more studied other side to Abjects should they ever want to explore it. In the meantime, we’ll be in the streets hurling bottles for the cause with Never Give Up playing through our headphones.

Watch the “Never Give Up” video

Dig!, the scene-defining documentary that captures the rise and fall and rise and fall of West Coast psych rockers Brian Jonestown Massacre and their frenemies The Dandy Warhols is now officially 15 years old. Perhaps the best gift that film gave us — besides firsthand insight into the madness and smarm that would eventually cause the two bands to plateau — is a whole generation of paisley-shirted crate diggers who figure a trip with both The Byrds and The Creation as well as Cast and The La’s is exactly the kind of magic carpet ride they want to be on.

Portland, Oregon’s Shadowgraphs certainly do their part to let the sound take us away on latest album Another Time. This kaleidoscopic 11-song collection isn’t so much for individual spots, though the particular melancholy “Sun Is Rising” and “Before The Time” shimmer brightest. No, where Another Time is most successful is in capturing the ever-elusive thing known as “vibe.” There’s a sway and swirl here that’s just as effective if you’re dancing under a forest canopy or beneath a wave of laser lights. Or, in a perfect scenario, both.

Watch the “Another Time” video

GWAR – The Blood Of Gods

The last thing I expected to find when I listened to a new GWAR album in 2017 was… humanity. And yet, here we are. In an age where Insane Clown Posse have become civil rights activists, where Jimmy Kimmel, a person’s whose old show used to do a side-business selling Girls on Trampolines DVDs, is now our nightly voice of the resistance, and where Eminem has become a woke protest singer, GWAR’s enlightenment (of a sort) doesn’t feel so weird.

To be fair, you still have to squint a fair amount to find said humanity from these alien invader/heavy metal cartoon warriors. After all, there’s still lots of in-the-pocket GWAR to be found on The Blood Of Gods. “I’ll Be Your Monster” is like a flip on Alice Cooper shock rock with an actual hint of menace, “Viking Death Machine” is a free wheel burnin’ highway anthem, and the band’s cover of AC/DC’s “If You Want Blood (You Got It)” is so obvious it’s stunning they hadn’t thought to do it before now.

But then there’s the anti-overpopulation screed “Swarm,” the let’s-kill-the-president shanty “El Presidente” and the cathartically universal “Fuck This Place.” If sometimes feeling like our need to conquer and explore has irreparably messed up the planet, or worrying that the world is teetering on the brink of destruction because of a mentally damaged world leader aren’t absolutely human concerns then I don’t know what are. Throw in “Phantom Limb,” a fitting tribute to deceased former band leader Oderus Urungus, and these songs are a fair argument for a surprisingly tender GWAR. At least in their way.

Either that, or the world is going to such shit that I’ve started to look to GWAR for morality tales. In which case, fuck this place.