The Prisoner And Kosho, The Mostly Fictional Martial Art 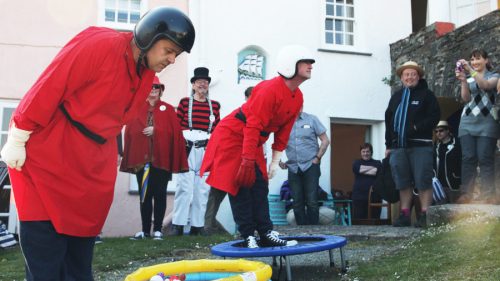 In Sarah’s beloved 50 year old spy television show The Prisoner it features a mostly-made up martial art known as Kosho.

“Mostly” because there are a few real-world examples of people trying to bring to life this single-boxing-glove-wearing, grapple-on-trampolines conceptual martial art.

Sarah actually managed to track down someone who has tried to compete in “real” kosho and asked him what it was like in her first piece for Jet Li’s very good website.