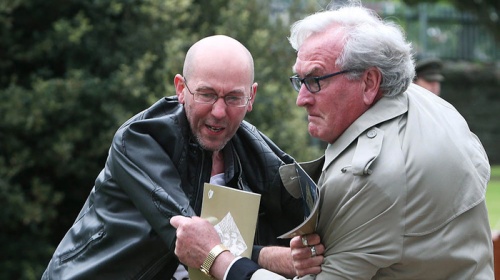 Prime Minister Justin Trudeau is the only Canadian politician with a feisty fighting side.

Kevin Vickers, the current Canadian ambassador to Ireland and a former RCMP officer responsible for stopping a terrorist attack in Parliament in October 2014, recently showed some moxy when he roughed up a protester in Dublin.