4 Toughest Scheduling Conflicts Between TURF TO And Riotfest Toronto Festivals 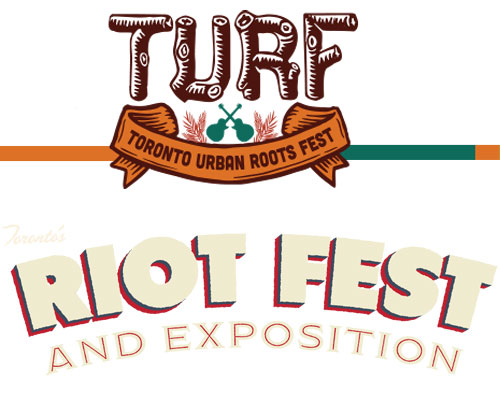 TURF and Riotfest Festivals are both in Toronto this weekend.

With Toronto now designated as one of the official alphas of the North American touring music scene it often means an embarrassment of riches in terms of acts coming to the area to perform.

It also means that sometimes music lovers have to make difficult decisions about what shows they’d like to attend. Like this weekend, for instance. The three-day Toronto Urban Roots Festival (Sept. 18-20) being held at Fort York and the two-day Riotfest Toronto (Sept. 19-20) taking place at Downsview Park will both bring high-profile international and well-loved local acts together for open-field rocking of a sort that makes it tremendously difficult to decide which to attend.

Unless you’re some sort of superhero whose power is to be two places at once you just can’t win. Want proof? Check out these four scheduling conflicts between acts hitting the stages at TURF and Riotfest:

On one side you’ve got the most brooding of original new wave goth acts and their near-perfect song “Killing Moon.” On the other you’ve got joy, wonderment, participatory singalongs and potentially transcendent communal experience. I, for the record, am not a person who naturally gravitates towards joy. Take that for what you will.

Let’s face an uncomfortable truth here: Lemmy’s going to die soon. This one isn’t a conflict. If you’ve never seen Motorhead before and you think you should you MUST try to see them at any opportunity that presents itself.

There’s likely little overlap between these two fanbases anywhere other than my apartment, but this battle of rap vs. croon can have no winner. If pressed I’d lean slightly more pro-Neko because I can get more of what I want out of the Wu by watching a straight up Ghostface Killah (the king) show instead.

Granted, the Pixies have ground just about everything they could out of this reunion of theirs while The Prodigy’s return to the living is a kind of fun reminder of that second wave electronica movement in the ’90s. But when it comes down to it, which song is more important for you to hear surrounded by thousands of people, “Smack My Bitch Up” or “Here Comes Your Man”?