I Saw $400 Worth Of Concerts Thanks To Ontario Taxpayers 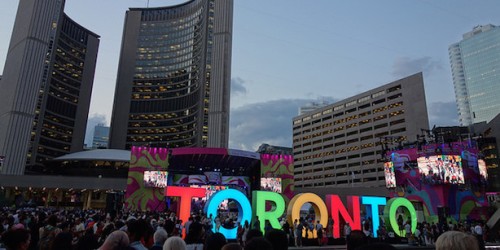 As a person who a) appreciates high-level athleticism, but b) also understand that many international sporting organizations are amoral-to-outright evil, I knew that when the Pan Am Games came to Toronto this summer that regular citizens like myself would to a certain degree be fucked.

After all, I’m not part of some overtures-covered, politically-connected contractor circle jerk, so none of that grift was going to come my way.

Instead, knowing that as an Ontario taxpayer I was paying for this shit, I was going to have to earn back its value the hard way… by extracting personal entertainment from the whole thing.

Which is exactly what I did to the tune of about $400, mostly in the form of checking out the free Panamania concert schedule.

I explained all about how I came up with this number in a math-y article for AUX.