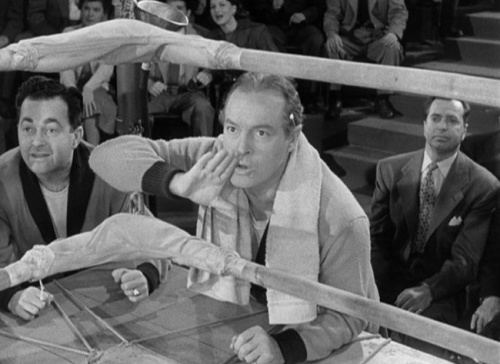 One of the world’s most legendary comedians also had a bit of a boxing past. And he used it to get laughs for decades.

It seems Bob Hope knew how to throw a punch well enough to have an above-.500 fight record. He found playing the loser got more laughs, though.

Sarah recapped Bob Hope’s boxing past in a story for Fightland.