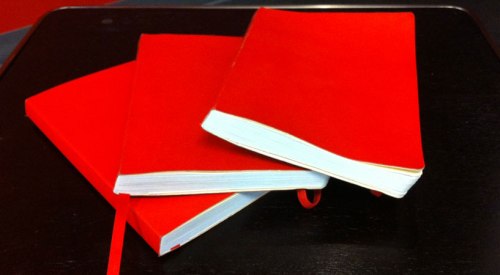 One of the duties I was tasked with while part of the tenth and final season of George Stroumboulopoulos Tonight was shepherding the Red Book messages George would write at the end of almost every episode of the show.

I was also the person who collected those messages and explained them in more detail on the Strombo.com website.

These messages — which could be movies, TV shows, albums, songs, viral videos, books, articles, acknowledgments… anything really — are well worth deeper exploration. As such, I’ve further compiled them here for anyone who might want to dig into them.

Volume One: Against Me!, Ellen Page, Sherlock