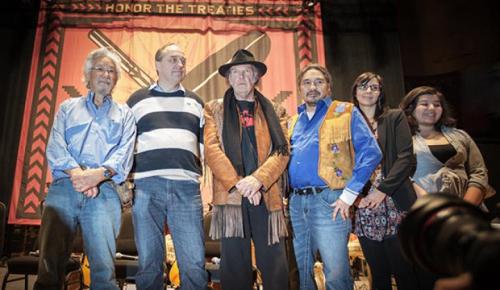 The show, which is under Young’s “Honour The Treaties” banner, is a continuation of a benefit tour he conducted last year.

I wrote about it for Samaritan Mag. To read the full story go here.