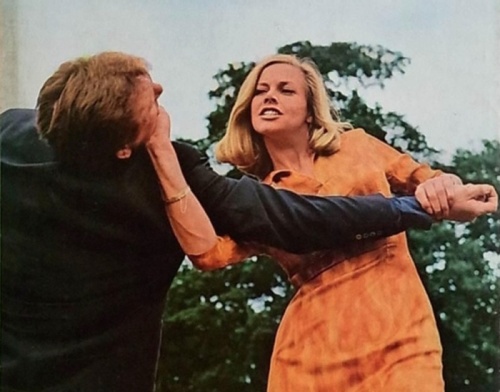 One of the intriguing characteristics of early-1960s television show The Avengers was the fighting prowess of Dr. Cathy Gale, the character played by Honor Blackman.

Blackman was tasked with learning judo for the British spy series and she’d even turn her combat knowledge into a self-defense book.

Sarah wrote about Blackman in a feature for Fightland.