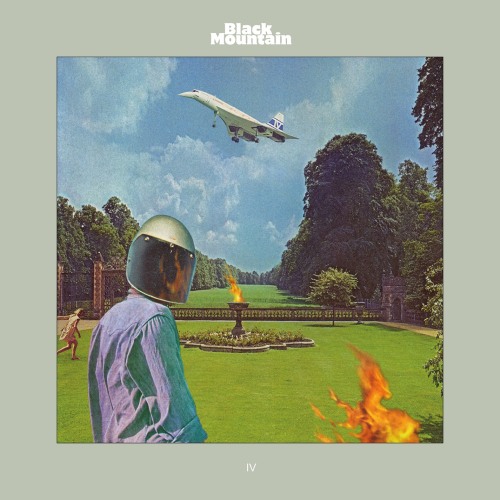 It used to be the bravest place in the music world was a classic rock radio station’s graveyard shift. Not constrained by the need to play the day’s hits, or hawk concert tickets to contest winners, the nighthawks who deejayed these time slots were the last great populist explorers.

Whole sides of Yes records would get played on a whimsy, Johnny Cash and Black Flag might get snuck in next to some “weird German stuff” like Kraftwerk, and 3 a.m. was the best time to open up the phone lines because that’s when you’d get calls from folks who’d just been let out of the bars. Or better yet, maybe a ring from an alien-obsessed insomniac or two.

A hurtling, mind-warping journey, IV investigates some of classic rock music’s most thrilling tropes, all with controls aimed straight towards the cosmos.

The album’s lead off track “Mothers Of The Sun” effectively demonstrates this space racing. A swirling eight-and-a-half-minute trip, the song highlights both Amber Webber’s vocals as well as a device that gets a number of star turns on IV, Jeremy Schmidt’s organ.

Indeed, much in the same way one eventually has that eureka moment where they realize the best parts of Deep Purple don’t revolve around the “Smoke On The Water” riff, but instead on the mood-setting Hammond of “Child In Time,” Schmidt’s playing establishes a kaleidoscopic, headphone-melting foundation for the rest of the band to work around throughout the record.

There are many other deep cut callbacks on IV as well. “Defector” has a deliberate stomp and delivery from Stephen McBean that could easily place the song in the same world as Pink Floyd’s The Wall. Elsewhere, “Line Them All Up” evokes that same melancholy David Bowie displayed on reflective masterpieces like “Five Years” and “Ashes To Ashes.”

That’s not to say IV isn’t without any of the modern riff rock bombast Black Mountain are known for, either. Blasters “Florian Saucer Attack” and “Constellations” inhabit the same new-meets-old places Queens Of The Stone Age explored on Songs For The Deaf.

The result is an album that isn’t just “classic” rock in form, but classic in the sense that it’s fucking righteous. We can only hope for a future world where invisible 4 a.m. airwaves crackle with life to the sound of Black Mountain’s IV.