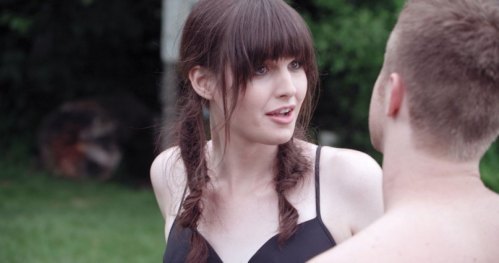 The new film Boy Meets Girl has a novel (and probably necessary) casting decision. In the film the trans character Ricky is — a rarity — actually played by a trans person, Michelle Hendley.

Hendley was also a nearly raw rookie when they were recruited for the film. Which made the casting decision even more bold.

Sarah talked to Michelle Hendley about the film for Consequence Of Sound.