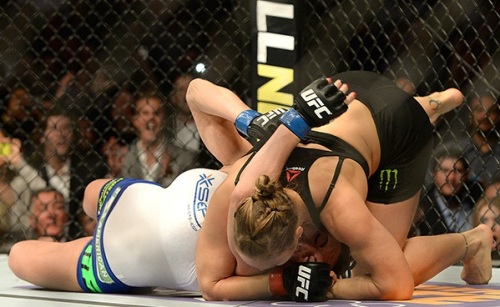 Rousey about to make Zigano tap.

Sarah went on TSN 1050 sports radio to talk about the fight.

To listen to her segment, go here.