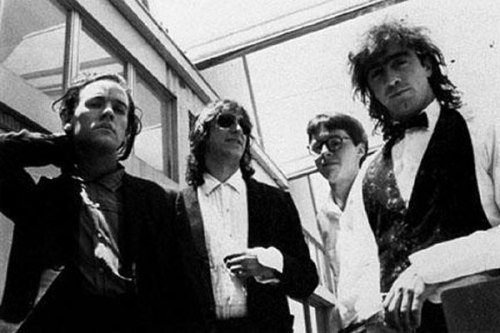 It was this week some 30 years ago that Athens, GA band R.E.M. released their first proper studio album Murmur, kickstarting a career that would yield dozens of worldwide hits, 15 studio albums and James Mercer’s eternal ire because he knows The Shins will never be as good as them.

Murmur is an exceptional album with brilliant catalog tracks “Talk About the Passion” and “Radio Free Europe.” Robert Christgau gave it an A-, Rolling Stone a 4/5 and, more recently, Pitchfork drooled a 10/10 all over the deluxe reissue.

The thing is, the noise from former campus radio DJs and ex-indie record store owners about this album and other early R.E.M. records can get mighty cloying after a certain amount of time. After all, if you listen objectively, a lot of those early songs are pretty much nonsense.

In fact, you can fairly ramp up criticism about any phase of R.E.M.’s career. Their mid-period featuring Green, Out of Time and Automatic for the People was both commercial and critical gold, but there are some wafting imperfections about them, too.

And there’s a solid segment of R.E.M.ers who refuse to take anything seriously the band did post-New Adventures in Hi-Fi — the last album with founding member Bill Berry — but there are some disrespected gems from those years as well.

We can’t stand this murmuring, muddled debate. So we decided to clear the air once and for all. Here, then, are R.E.M.’s 15 studio albums, ranked from worst to best: 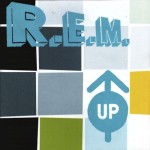 15. UP (1998) This is R.E.M.’s “electronic” record and it sits comfortably beside Chris Cornell’s lounge singer period and U2’s attempts at doing “industrial music” as things that should never have been. 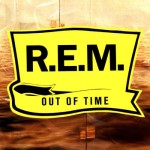 14. OUT OF TIME (1991) “Shiny Happy People” can shiny happy suck my left one. And if you want awkward ebony ‘n’ ivory pop that pre-dates Brad Paisley and LL Cool J by two decades, may I present “Radio Song” with KRS-One. 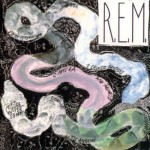 13. RECKONING (1984) One song. “So. Central Rain (I’m Sorry).” And I am sorry. Sorry for you slobs in your original Husker Du t-shirts and failed dreams who consider this R.E.M.’s best moment. 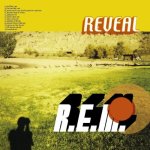 12. REVEAL (2001) Michael Stipe officially came out as gay during the promo of this record. The thing is, he had been photographed a decade earlier with Morrissey and his favorite hobby was photography. Dude. We had it figured a long time ago. And trying to use it as a marketing tool was lame.

11. NEW ADVENTURES IN HI-FI (1996) A sprawling, all-over-the-place response (arguably) to Mellon Collie and the Infinite Sadness, this hey-we-can-put-75-minutes-of-music-on-a-CD album (technically 62) isn’t so much bad as it represents the cresting of the alternative revolution. After which it was all Stone Temple Pilots, Creed and end of days. 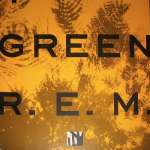 10. GREEN (1988) The second side of this album and A-side straggler “World Leader Pretend” quite possibly represent all the best parts of R.E.M. Unfortunately, you have to wade through dork bait “Pop Song 89,” “Stand” and “Get Up” to reach them. 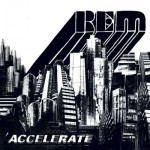 9. ACCELERATE (2008) There is nothing memorable about this album, good or bad. 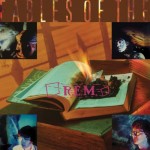 8. FABLES OF THE RECONSTRUCTION (1985) “Driver 8” and “Kohoutek” are exceptional and the gauzy deep south romance of this album pre-dates Jim White’s “Searching for the Wrong-Eyed Jesus” by almost two decade. Thing is, at the same time R.E.M. were doing this, John Cougar was making straight-up heartland-loving records like Scarecrow that had a political bite and power far greater than arty adventures. 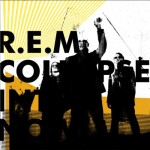 7. COLLAPSE INTO NOW (2011) I don’t like this record. But I respect it. Because the band made it, then listened to it, then looked at each other and said “Fuck this. We’re out.” 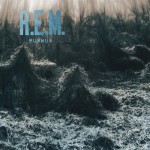 6. MURMUR (1983) The reason why we’re all here. A noble beginning, but there’s not much reason to go back to it regularly. 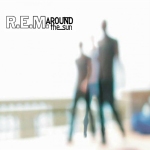 5. AROUND THE SUN (2004) This is not a popular album, in part because its aw-shucks adult-contempo-ness flirts with the same territory as Train and Rob Thomas and whoever those other similar acts sound like (I don’t actually know what they sound like, so this is mostly a triangulating guess). BUT, there’s some legit world-weary melancholy here if you’re looking for it, and that’s very telling in a time ‘n’ place kinda way. 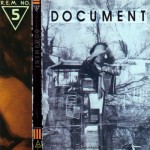 4. DOCUMENT (1987) For decades I’ve considered this my fave R.E.M. record. But I just this second figured out that I never bothered to buy it on CD (just cassette and vinyl), which is telling. That, and I’ve grown out of the obviousness of “It’s the End of the World as We Know it (And I Feel Fine).” 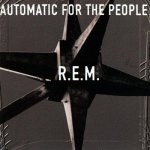 3. AUTOMATIC FOR THE PEOPLE (1992) To many this is R.E.M.’s crowning achievement. It’s also the band’s most eye-rollingly melodramatic one. Seriously, the world NEVER needs to see another sad (or ironically sad) cinematic montage to “Everybody Hurts.” And “Man on the Moon”? Props for the Freddie Blassie nod from a bunch of pencil-necked geeks, but we don’t need to hear it anymore. “Monty Got a Raw Deal” is the album’s best song. And like Rodney Dangerfield, it gets no respect. 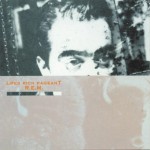 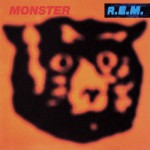 1. MONSTER (1994) There is perhaps no more maligned R.E.M. album pre- or post-Berry than the garage rock buzzfest known as Monster. Everyone hated it. “Star 69” is annoying. And “What’s the Frequency, Kenneth?” is pointless, even in a retro-reclamation “30 Rock” world. Once you get past those songs, though, shit gets real. This is the one single album in R.E.M.’s career where they went honey badger and didn’t give a fuck. It’s all “Fuck hits. Yeah, garage rock.” Fuzz, fuzz, fuzz. “Don’t like it? Fuck you.” I remember buying this record in a used store’s bargain bin for $3 almost 20 years ago and you can probably get it now for $2. For value this would be the best $2 you’d spend on music in a long time.

This article originally appeared on AOL’s Spinner website on April 11, 2013.