Ikea’s red Kallax shelving unit. Not quite in place yet…

Back in February pre-fab furniture maker Ikea set off a giant record collector nerd panic when they announced they were discontinuing their Expedit shelving units. This hit close to home as we’ve got a few Expedits in our apartment to store our books, CDs ‘n’ junk and they’re basically the best, most cost-sensible way to store stuff like this.

A pile of my records have still been stored in some old milk crates and fruit boxes, though. It was time to upgrade to actual adult shelving units and to do so I’d have to buy the Expedit replacement, the looked-upon-with-great-suspicion Kallax shelving system.

And I’m happy to report that after having assembled the Kallax and transferring the LPs… the world did NOT end. In fact, the unit actually looks kinda sharp. 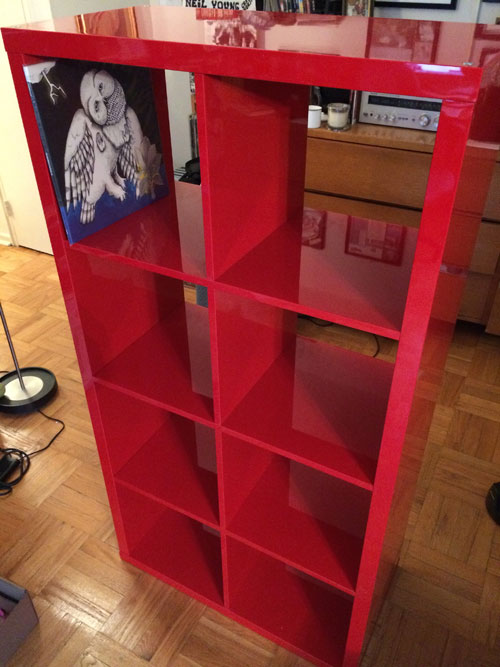